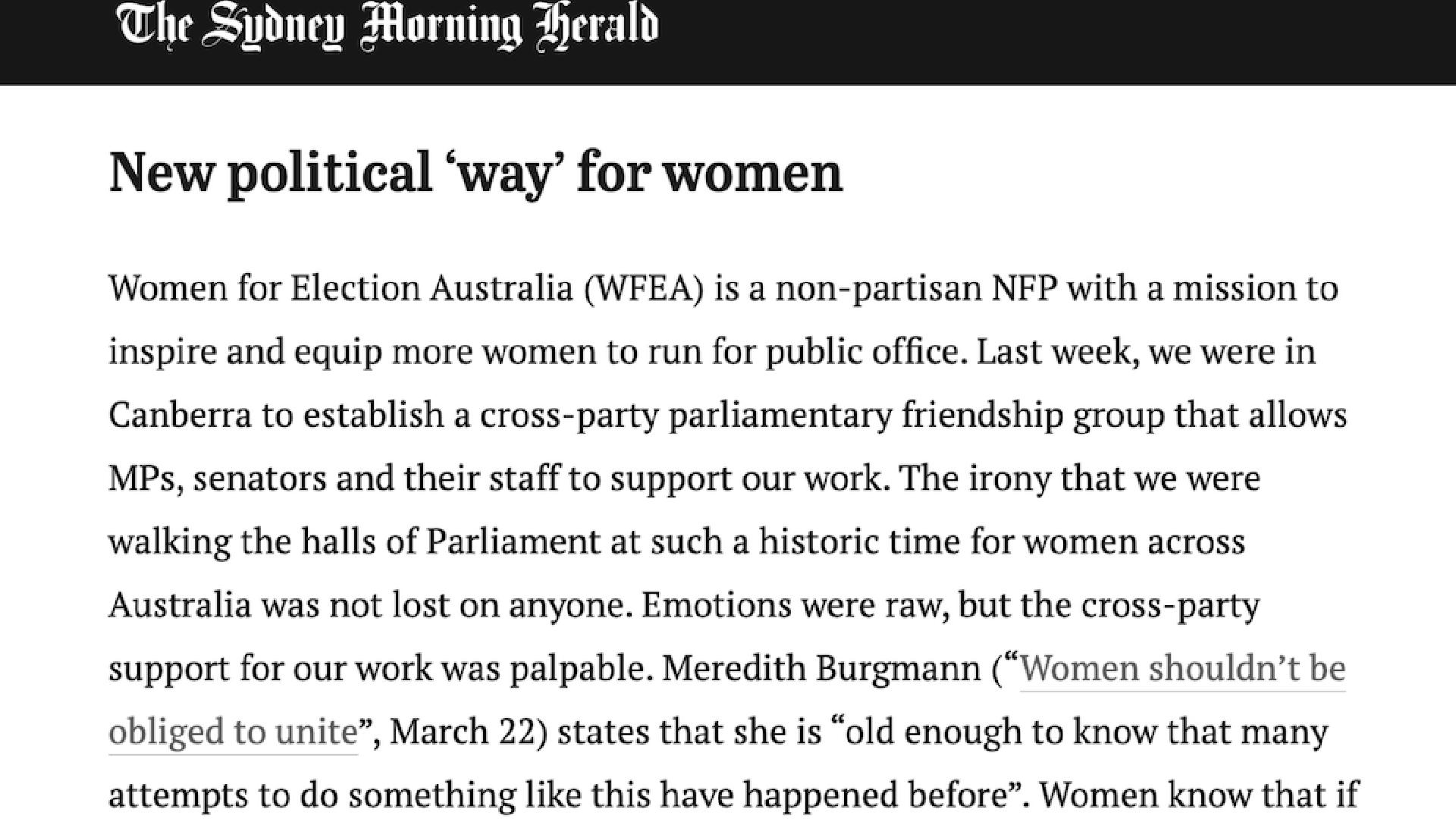 WOMEN FOR ELECTION (WFE) is a non-partisan NFP with a mission to inspire and equip more women to run for public office. Last week, we were in Canberra to establish a cross-party parliamentary friendship group that allows MPs, senators and their staff to support our work. The irony that we were walking the halls of Parliament at such a historic time for women across Australia was not lost on anyone. Emotions were raw, but the cross-party support for our work was palpable. Meredith Burgmann (“Women shouldn’t be obliged to unite”, March 22) states that she is “old enough to know that many attempts to do something like this have happened before”. Women know that if we approach this issue in the same way as in the past, nothing will change. If the March 4 Justice movement showed us anything, it’s that women, from all walks of life and experience, are sick and tired of being harassed in their workplace whilst perpetrators get off scot free. We owe it to the women who attended, and those who were there in spirit, to find that new way. That starts by finding common ground and lifting this issue above politics. – Licia Heath, CEO, WOMEN FOR ELECTION.