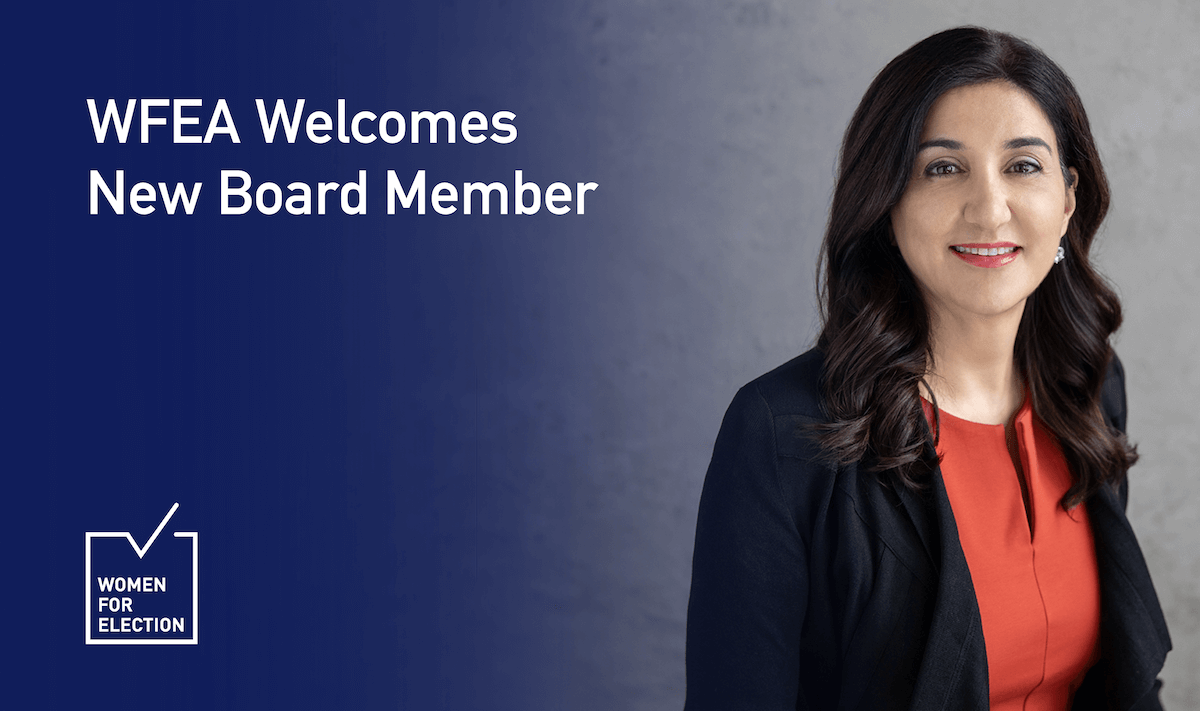 Lisa Annese recently joined the Women for Election Australia (WFEA) board. She is currently the Chief Executive Officer of Diversity Council Australia (DCA), and is a board director of Amnesty International and an Ambassador for the Parent’s At Work, Family Friendly Workplaces program. Lisa brings with her years of experience in the diversity sector and a passion for intersectionality.

How did you come to join the board of Women for Election Australia?

I worked with Helen Conway a long time ago when she was the WGEA director in my various roles in the Diversity and Inclusion (D&I) space, including at the DCA. She has always been incredibly supportive of the work DCA does. Licia Heath and I met a couple of years ago at a leadership course at the McKinnon Institute for Political Leadership, so I know about WFEA. However, Amanda Webb and Colleen MacKinnon asked me if I would consider joining the board. When you work in the gender equality space, you cross paths with the same people quite a bit. I love the work the organisation has been doing, and I was flattered to be asked.

I am looking forward to contributing because the work is so important.

Why is gender equality in public office vital to you?

Often in the gender equality space, the argument is made that women in other countries have it worse than women in Australia. When I compare gender equality in Australia to other countries, we are doing better than many but not as well as others. Just because we’re doing better than many other countries doesn’t mean we should tolerate anything but the best in Australia. I can care about women’s freedoms in countries where women experience fewer rights, and that’s why I work with Amnesty International, but I can also care equally about the issues affecting women in Australia. They are different issues, and they are not mutually exclusive. As soon as you try to fight for one cause, some people will say, “what about …”. We need to choose our battles and fight them. We can’t fight them all at the same time.

the technique or practise of responding to an accusation or difficult question by making a counter-accusation or raising a different issue.

“all too often, well-intentioned debate descends into whataboutery”

What do you think you can bring to Women for Election Australia?

When you start fighting for a cause, you can get a lot of backlash. Something that can be helpful is data. It’s difficult to argue with clearly researched facts and data. As the CEO of The Diversity Council  Australia, I argue the case for greater diversity informed by evidence-based research and empirical data. This is my framework for generating support for the need for gender equality.

People will still argue emotionally when presented with evidence However, it is also important to bring others on an emotional journey around why gender equality is a good thing. If we can present the facts and data on how having gender equality in every level of government will benefit our society, and we can combine that with emotional narratives that appeal to people’s idea of how they want their futures to be shaped, we can make a real difference.

What is the primary driver for you to join WFEA?

Given that women are 51% of the population in Australia, I believe the people who are elected to represent the population should actually represent them in terms of their demography. By accurately representing our population at the federal, state and local government levels, our leaders will better inform policies and make decisions that reflect the whole population.

What barriers do you think Women for Election Australia can help women overcome?

One of my pet hates is the idea that fixing women is the solution. I actually think that women are more than capable of running for office. I believe they have an awful lot to offer. We need to change the process that enables them to get elected, not the women themselves. We need to change the system that nurtures future politicians. While I agree that we need to offer women training and guidance to run, we all need to work on our skills to get ahead; I think the system has been set up to favour men.

We have no shortage of women who have the ambition and skills to fill roles in government effectively. What we need is a system that enables genuine talent to be able to flourish.

Where has the system been letting women down?

Too often, the responsibility has been placed on women to get ahead and break through barriers to leadership. When I present at conferences, it frustrates me that the people I am presenting to are young and junior women who have no say in the processes that govern their advancement. The people who should be attending these events are sitting on the board or in executive teams. They are the people who are not attending, and they are the ones who can make an immediate impact.

It’s not enough to put on an International Women’s Day lunch and think that is enough. Leadership needs to create a cultural change that will allow women to flourish within the system naturally. This has started happening in corporate Australia, and now it needs to happen in our government.

What are your goals for Women for Election Australia?

I believe I can bring an intersectional lens that is evidence-based because I run a research organisation to have a government that represents all of the citizens of Australia. We need to see more diversity. We need to see more First Nations women running for elected office successfully. We need to see women with disabilities and women from culturally diverse backgrounds with different lived experiences in public office because that will better represent Australia. When we make policy decisions that affect people, we need a diversity of lived identities to make the right choices for our future.

An analytical framework for understanding how aspects of a person’s social and political identities combine to create different modes of discrimination and privilege. The term was conceptualized and coined by Kimberlé Williams Crenshaw in 1989.

You can connect with Lisa via LinkedIn or read more about her impressive resume on our team page.