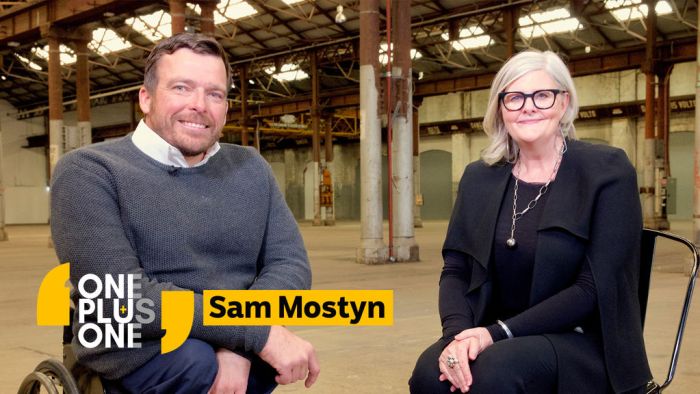 Sam Mostyn has a long history of governance roles across business, sport, the arts, policy, diversity, indigenous and women’s affairs, and the not-for-profit sectors. In a recent conversation with Kurt Fearnley, she made a galvanising case for diversity in leadership.

You can watch the interview in full, but here we share some of the highlights.

“I’m a really big supporter of an organisation [called Women for Election Australia]. We have to get women encouraged to want to be in the political process.

I remember at primary school in Canberra, visiting Old Parliament House and thinking, ‘I will be representing a community in Parliament.’ I actually thought that as a little girl, but the message as I got older was the girls don’t do that: it’s a place for men and men have political careers.

I went on to be a policy advisor in Government, Federal Government, so I worked for two ministers, and then the Prime Minister as a policy advisor. And what I saw around me again was a model that was about men representing their communities. There were very few women. Those who were there were extraordinary, but my observation was that it was a punishing life. It was very masculine, very macho, and it wasn’t a healthy life. And so I left policy advising to go back into business.

I’m not a member of a political party, never have been, but I believe in the power of great government and good policymaking. I don’t think then it was a place that women really felt excited to go, or to give up what was required to live that life. The movement now is to encourage women to stand for office, whether it’s Local Government, State Government or Federal Parliament.

We’ll see a lot of women doing that, and opening up a different way of being parliamentarians. They’ll be a member of their families, alongside their political jobs, but that just wasn’t the world that I grew up in.

I wish for my daughter that she if she wanted to be involved in politics, that door would be open: she’d be able to deploy herself and have a good life. But it would be a different parliament; it would sound different; it would feel different. The stories that will be brought into parliament would be different, the lived experience of families in communities. And I think we would get better policy as a result of more diversity in a parliament.

One thing is certain. We have to think very deeply about what it means to be part of a sustainable world, and sustainability for me is our response to climate change, our response to social inequality, and the issues about who belongs around the tables of power.

So, what does new power look like in a world where people really do have a chance to participate in the decisions that affect their lives? How do we deal with the scourges of domestic violence and family violence? And of course, we’re living in a time where the Black Lives Matter movement around the globe is teaching us about what it means to have privilege, or not have privilege.

In Australia, we need to start with addressing some of the things we haven’t wanted to deal with, starting with the early days of the colonies. The education that you and I had didn’t tell us about the 60,000-year rich history of Indigenous ownership of the land that was never ceded, but taken by the occupiers that came to create the nation we now call Australia. I think our constitution should reflect that.

If we can start with just that point, then we can understand what it means to be a fully evolved Australia. A much more civil country, a happier country, and one that’s drawing on the most extraordinary culture to help us solve our sustainability issues.

[After Covid-19], I hope that what emerges is a form of leadership that’s compassionate, that’s totally transparent. That is engaging with the community and tries to employ a lot of empathy. The idea that we’ve got to start walking in the shoes of those who are most affected by this period of crisis, I think, will determine where we see great leadership revealed.” 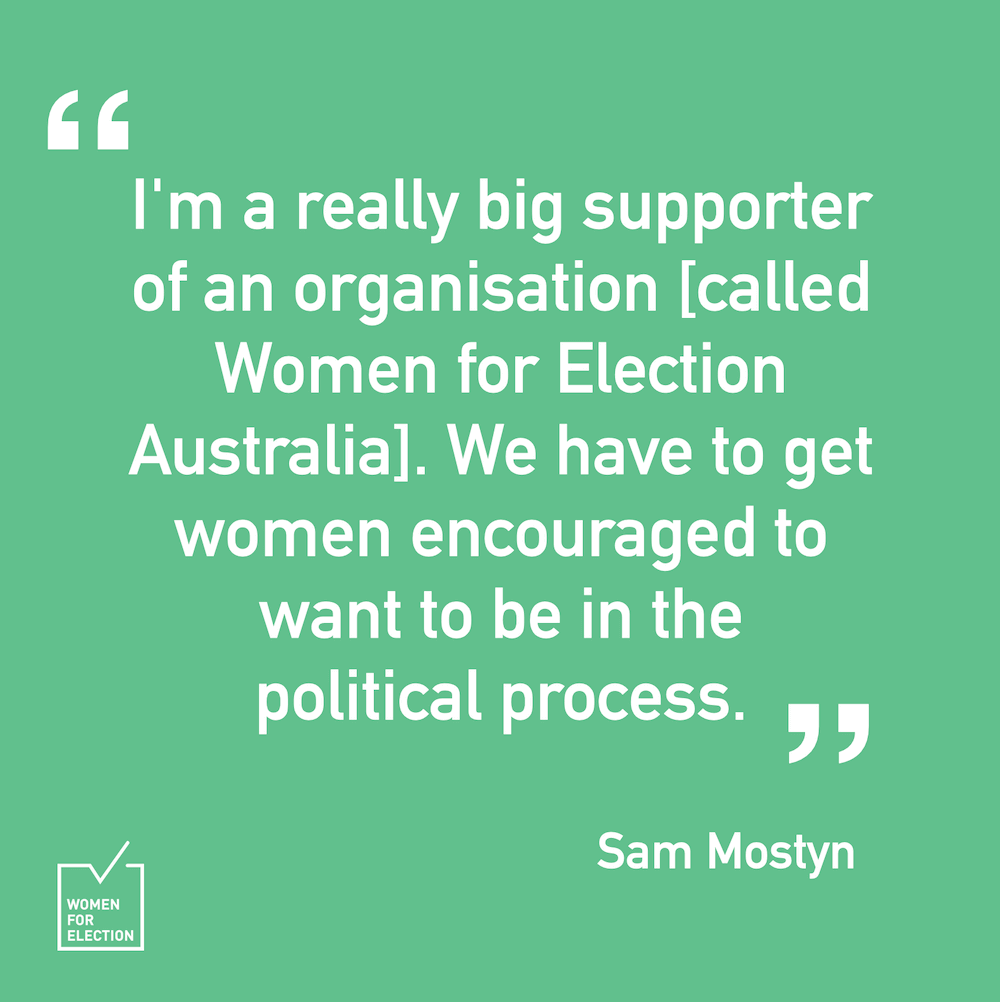 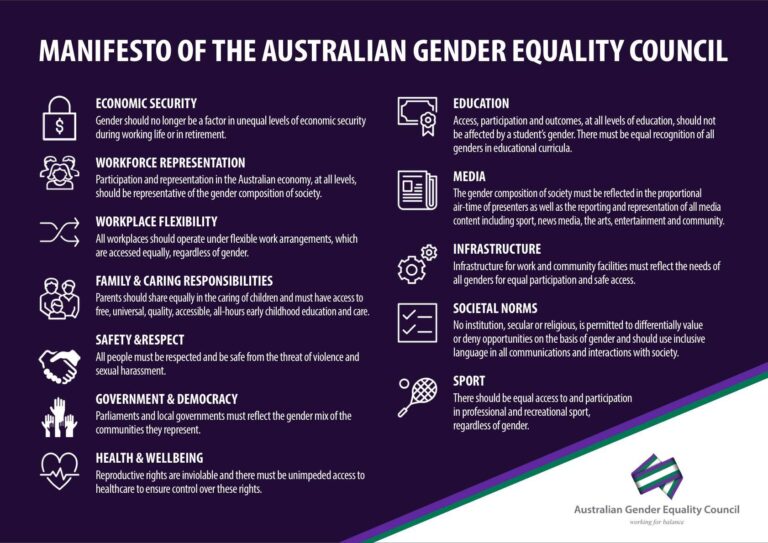 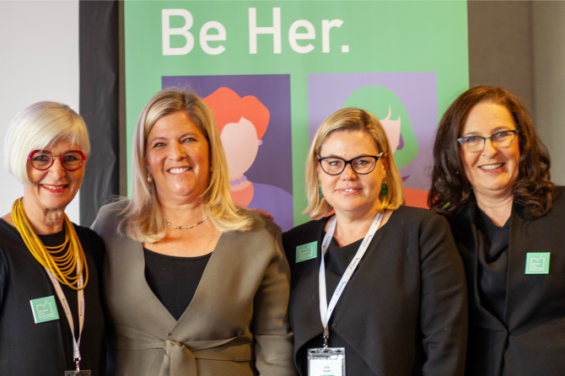 Summary:  Women for Election Australia (WFEA) is looking for a passionate, engaging new Chair to lead the exponential growth of the organisation. Supported by a hard-working Board, an experienced and highly-driven CEO and a volunteer secretariat, the new Chair will continue the momentum of inspiring and equipping more women, particularly women of diverse backgrounds, to… 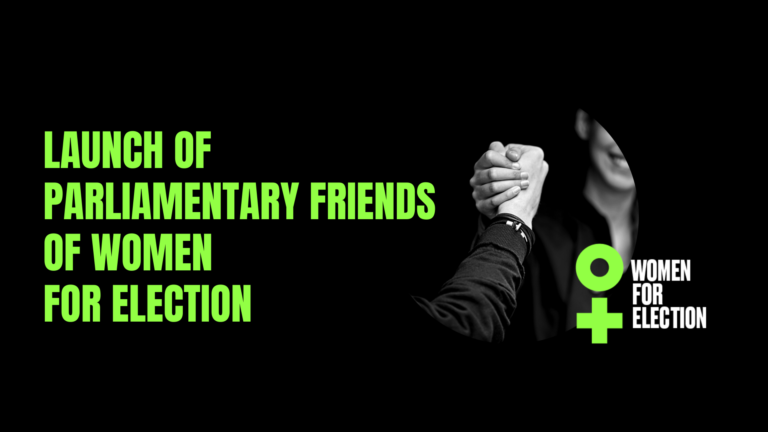 By Kali Goldstone, Consultant at WOMEN FOR ELECTION On Tuesday November 30th, Women for Election launched our Parliamentary Friends of Women for Election online at Parliament House. It was an auspicious event considering that the report, Set the Standard, authored by Sex Discrimination Commissioner Kate Jenkins, a culmination of a seven-month review of the workplace culture…