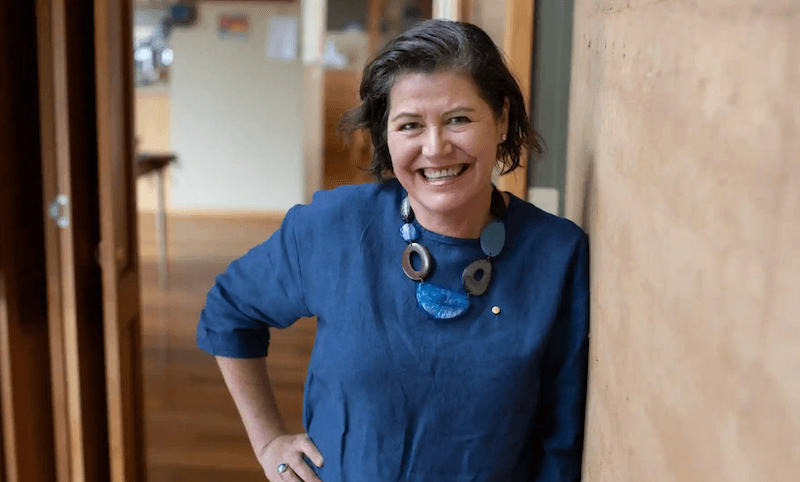 Again there are widespread calls for gender equality in government. Around Australia organisations are paving the pathways for women to get elected
Sally Dillon

The feminist and writer Jane Caro was adamant. A Q&A audience member, Sophie, was pondering a pathway to politics but declared some hesitation because of “misogynistic comments and issues … surrounding women in parliament”.

Caro didn’t mince words: “Sophie, you have to go into politics. I’m sorry, you don’t have a choice here. You have to. Because the only way we’re going to change this is by having more women in parliament … The reason that men get away with this behaviour … is because it is a boy’s club and we do not have enough women in power making these decisions and changing the culture.”

Her statement was rewarded with the loudest applause of the night. It came off the back of the Four Corners exposé of the previous week, Inside the Canberra Bubble, which alleged that senior government men had behaved badly while women paid the price of the fallout. The groundswell of fury was in Caro’s voice, and it was elsewhere, too: on social media, in media commentary and in workplaces, as women once again turned over the issue of gender inequality in the corridors of power.

“Every time one of those stories breaks, the traffic to our website spikes massively,” says Women for Election Australia’s chief executive officer, Licia Heath.

Heath, who ran as an independent in the Wentworth byelection in 2018, says she has seen a shift in the appetite among women for public office: “There has been a tipping point and I’m sure the #MeToo movement and the bushfires have had a part in it. Women mobilise when they realise no one is coming to save them. And women are thinking, ‘I’ll just have to bloody well do it.’”

Women for Election Australia is one of many organisations around the country running courses for women that essentially signpost pathways into politics, in all levels of government.

A former mayor and councillor and now councillor trainer, Ruth McGowan, is one woman at the forefront of the community push to elect more women, and has written Get Elected, aimed at getting more women and diverse candidates into politics at local, state and federal levels.

McGowan says she is driven both by her own experience in council and as the coordinator of her sister Cathy McGowan’s historic campaign to win the federal seat of Indi in 2013: “When I was first elected … I stood because it was an all-male council and I wanted to be the change I wanted to see. For my second term I encouraged more women to run, so instead of being one in nine we were four women in nine. I could see the power in encouraging and supporting more women to run.”

She says groups such as Women in Gippsland are forming to work towards gender equity in government, with a focus on community issues and training candidates: “When women get organised, watch out. We’re at a tipping point where women say it’s our time. We’re inspired by the international leaders in this space, we’re inspired by Kamala Harris and we’re inspired by Jacinda Ardern.”

McGowan enjoys challenging many of cliches and tropes surrounding why women don’t run for election: “That whole narrative about the imposter syndrome is crap. How many women in Australia play netball? It is the most popular sport in Australia. Don’t you tell me those eight-year-olds who get on that court aren’t about winning and power and ambition. I don’t buy into that narrative that women aren’t naturally competitive. Who’s ever been on a P&F committee at school?

“I reckon we have a chance for true equality when women are as mediocre as men. Why do we suddenly expect women to be saints?”

McGowan works with many of the organisations supporting women to get elected and says their courses are consistently oversubscribed. Women for Election Australia’s Equip courses run nationally online and have been part-funded by the New South Wales government in an attempt to redress the state’s dismal record on local government gender diversity (according to McGowan, it’s the worst in Australia, at 29.5%). In Western Australia the She Runs program took its first “Campaign School” intake this year. The Victorian Local Governance Association is kicking goals with the Local Women Leading Change program: Victoria leads Australia in local government gender diversity, with 43.8% of local government positions filled by women in the October elections.

Overwhelmingly in these programs, the emphasis is on women supporting women to get elected. The businesswoman, philanthropist and Reserve Bank board member Carol Schwartz – who instigated the Pathways program – was spurred to action seven years ago when Tony Abbott’s cabinet included only one woman, Bronwyn Bishop.

“All the data shows that when you have more diversity, and gender diversity specifically, you get much better outcomes,” she says.

“I was very keen to see a change in our political institutions where women stood side by side with men, sharing power and decision making, so that we as citizens of Australia could have a reasonable expectation of the best possible outcome for the decision-making process.”

Research by the Global Institute for Women’s Leadership shows gender-balanced parliaments create more equal and caring societies, with women prioritising issues such as healthcare, welfare and education. But Australia ranks 48th in the world for parliamentary gender diversity. Only 36% of Australian members of parliament are women, despite women making up 51% of the population.

Through her family’s philanthropic Trawalla Foundation, Schwartz teamed up with the University of Melbourne to adapt the Kennedy School’s From Harvard Square to the Oval Office program, creating the Pathways course.

This is not a crochet club. We’re here for politics and if you want to do anything in politics you need power

In many cases, old boys’ networks have smoothed the way for men into politics. Through the Pathways program Schwartz believes women are making connections that will be crucial: “I know from past cohorts that very strong bonds are created through the course … They know they can reach out if there’s a problem and they can resolve it.”

Schwartz admits to being “a bit Pollyanna-ish” about hoping the alumni network will change the atmosphere in federal parliament. “I absolutely believe that women are able to create a different environment within which decisions are made. At the moment we are still beholden to the institutions that have been created by men, which include political parties. The tone and the culture are very male-dominated and women are captive to that.

“That’s why we need a critical mass of women who start to get the confidence to change the culture and values because they know that they are being supported by a strong network of women who believe change needs to happen.”

All this positive thinking does not mean any of the courses sugarcoat political life. McGowan says: “We explain the reality of standing for politics. We know how brutal it can be and also how powerful and exciting it can be. This is not a crochet club. We’re here for politics and if you want to do anything in politics you need power. And to have power you need ambition.”

According to Pathways course participants, high-profile female politicians from across the political spectrum and from all levels of government open up in a way that is generous, honest, and inspiring. A Pathways fellow, the Victorian MP for Wendouree Juliana Addison, remembers the brutally honest depictions of public life given by the former president of the Australian Human Rights Commission Gillian Triggs and Senator Jacqui Lambie, who in 2017 were both under attack in parliament and in the media.

Addison says their honesty helped inspire her to transition from schoolteacher to politician: “We had people in the eye of the storm telling us, ‘We’ll tell you how hard it is, but you just have to do it. The fact that you’ve put your hand up means that you must.’ To be forewarned is to be forearmed. And to know it’s going to be tough on your relationship, it’s going to be tough on your kids, and you’re going to be so, so tired by the end of it because you’re putting yourself up for public scrutiny.”

Addison is now paying it forward as a Pathways mentor and says she goes out of her way to help a fellow, regardless of their political affiliation: “I want to see the parliament more representative. What we’re hoping to achieve is that women from across the board with different political views and different perspectives will have the confidence and courage to stand for public office, and parliament will be the richer for it.”

The Greens senator Sarah Hanson-Young, who spoke out last week about the latest parliamentary scandal, says women no longer want to be silent onlookers: “Standing up and being much more vocal about it in public has created an environment where more and more women are coming to me and saying, ‘I want to get involved and I want to be part of the solution.’”

Hanson-Young says voters, too, are telling her they want more women in politics: “I genuinely believe the community is streets ahead of the political class on this. It’s the community who will ultimately drive the change.”

Most importantly, she says, electing more women to power will change the big picture: “It’s not just about dealing with making parliament a nicer, better, more equal place for women to work. If we want a fair dinkum childcare system in this country and if we want a real aged care system, it’s only going to happen if we get more women in parliament to fight for it.”

She says the federal budget is an example of what happens in an unequal parliament: “We are in the midst of a pink recession and women were forgotten. Not only was there nothing in the budget for women, but there are worsening impacts for women as a result of that budget.

“If you needed any better example of what happens when you don’t have enough women in the parliament, this is it.”

This article was published in The Guardian 22 November 2019.

Home » IN CONVERSATION » The Guardian: Women, politics and boys’ clubs: ‘When women get organised, watch out’ 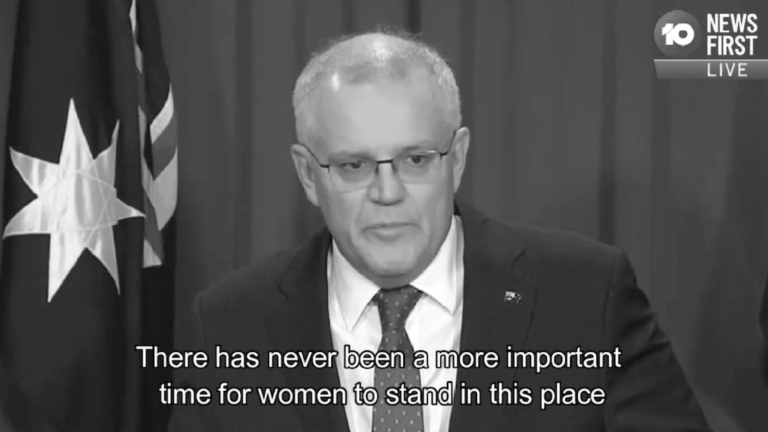 “There has never been a more important time for women to stand in this place. I want to see more women in this place… I intend to do more.” Scott Morrison, Prime Minister of Australia, 23rd March 2021. WOMEN FOR ELECTION is here to help. We are a non-partisan not-for-profit intent on inspiring and equipping… 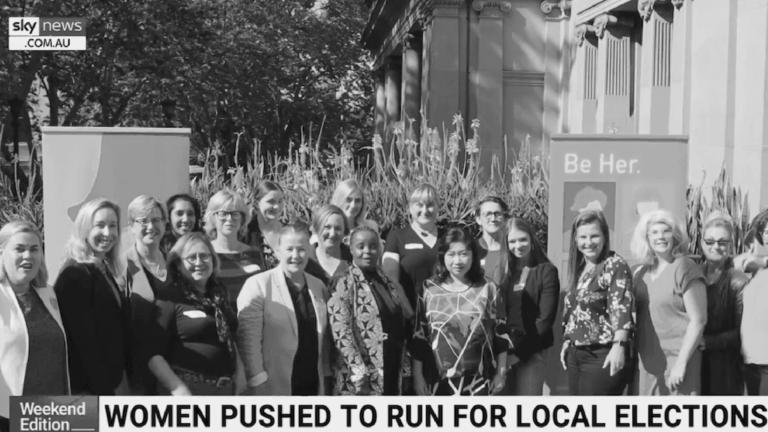 Originally published on SkyNews 02/05/2021. The New South Wales local government elections are fast approaching and state leaders are hoping more women will throw their hat in the ring. In the state, women make up just 30 per cent of those in council. More than 100 councils across NSW will hold elections on Saturday, September… 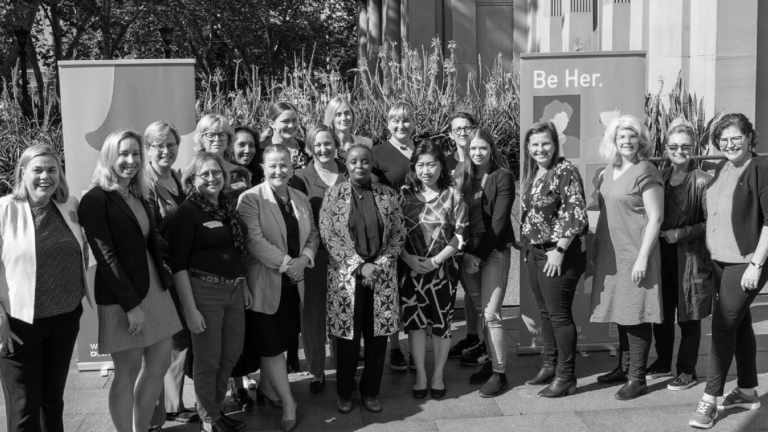 Originally published on Women’s Agenda on Tuesday 25 May 2021 High on the first page of the Federal Women’s Budget, a crucial statement reads: “Women in visible positions of leadership are vital as role models to bring about cultural change, and to ensure respect for women in the workplace.” After three weeks touring regional NSW… 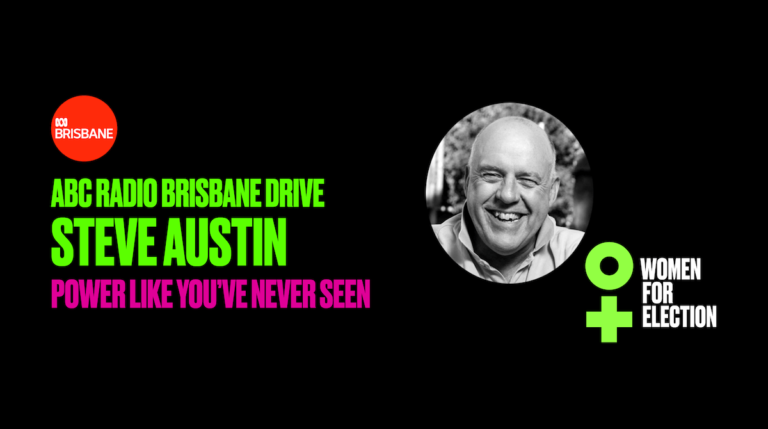 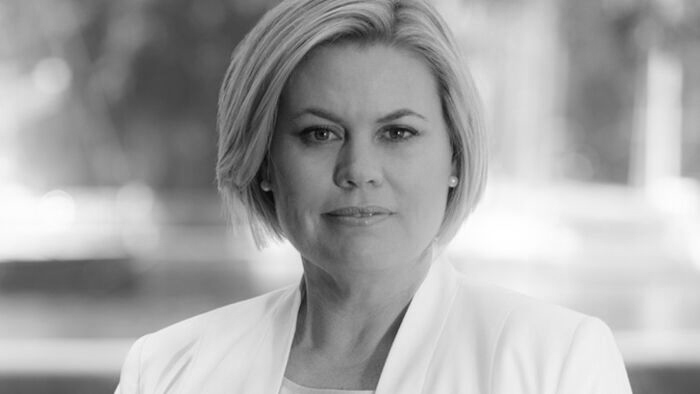 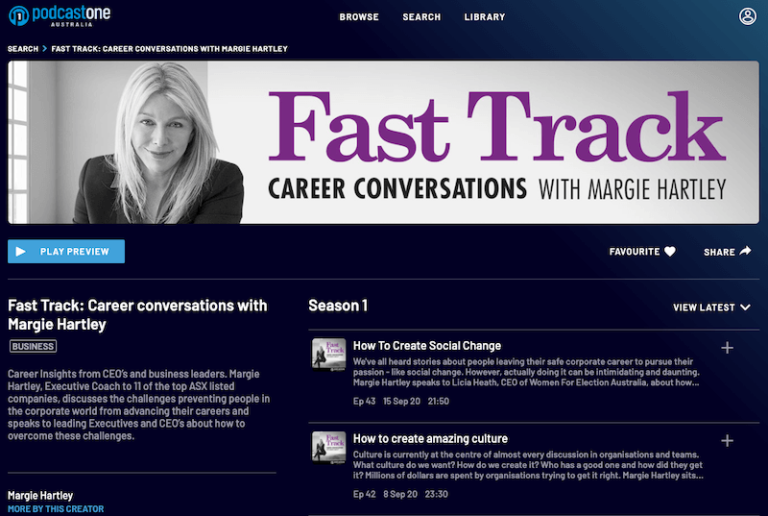 Listen to Licia Health, our CEO speak to Margie Hartley on her Fast Track Career Conversations Podcast. The hot topic is How to create social change. We’ve all heard stories about people leaving their safe corporate career to pursue their passion – like social change. However, actually doing it can be intimidating and daunting. Margie speaks…