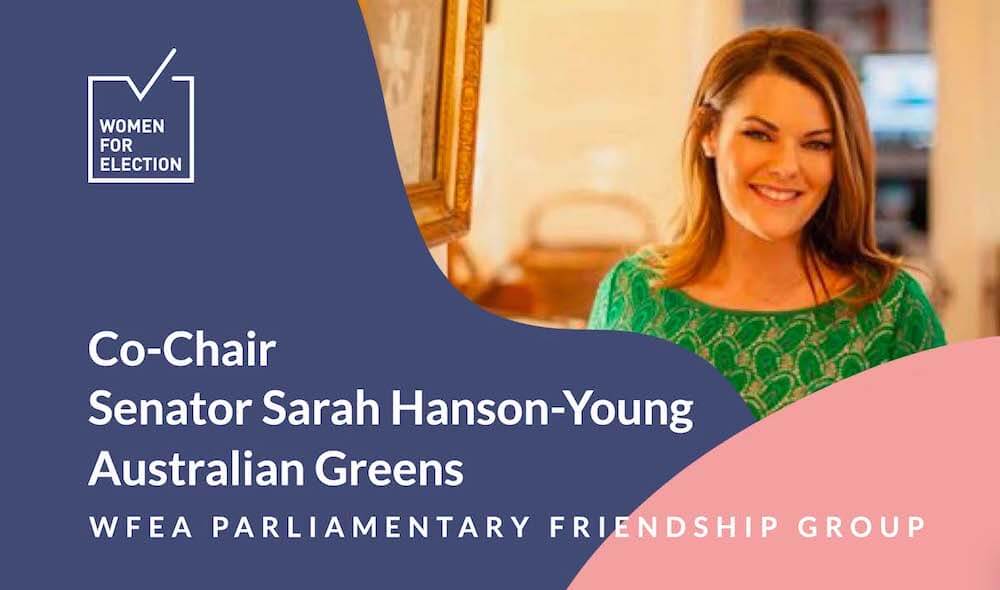 Senator Sarah Hanson-Young, Senator for New South Wales, for the Australian Greens Party and Co-Chair of our Parliamentary Friendship Group, answered a few key questions about being a woman in Australian politics.

Prior to being elected I worked for Amnesty International as a campaigner and advocate on human rights. While being engaged politically at a community level, it became clear that there were very few young women like me and my peers in politics. I’ve always taken the view that if you want something done, you get in there and help do it. I wanted to see the issues concerning the environment, climate change and social justice given a voice at a national level. So I put my hand up to help. I joined the Greens, signed up as a volunteer and the rest is history.

We’ve seen again this year how unsafe parliament is as a workplace for women. The culture is toxic. When I called out former senator Leyonhjelm I did so because my daughter and her peers deserve to grow up in a society where women, young and old, married or single, rich or poor are treated with respect, free of discrimination, harassment and sexist slurs. The only way to change the culture in our parliament, our workplaces and communities is to have more women elected. I hope through this group we can encourage and motivate women to put their hand up despite all of this, and encourage parties to preselect them and the community to elect them.

There’s too much, we’d be here all day! The most public has been the slut-shaming by former senator Leyonhjelm which the federal court found in my successful defamation action against him to be ‘actuated by malice with the intention of publicly shaming me’.  But the misogyny occurs daily, whether it is name calling in the senate chamber, your ideas being ignored in meetings until a man proposes the same idea, or public commentary on something I’ve worn, I’ve copped the lot of it. Nevertheless, I persist!

It’s time for quotas for women in political parties and to get women elected to parliament. Parliament must set the standard for what is acceptable in workplaces across the country. It has a unique and important role in setting the standard. If we can make parliament a safer place for women, we can attract more women to politics and if we do that, then we will get better outcomes for all of us.